Leonardo invests for the future in collaboration with MAE 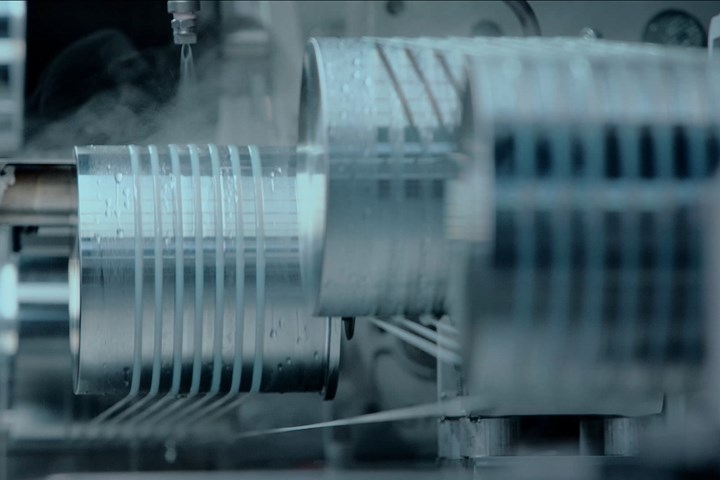 Leonardo invests for the future, establishes pilot carbon fiber plant in Italy in collaboration with MAE

Part of government-supported project to innovate composites, pilot line will be operational in 2022 and enable testing of new precursors and process variations.

Leonardo SpA (Rome, Italy) provides services to the aerospace, defense and security sectors including: aerostructures, helicopters, aircraft, airborne and space systems, land and naval defense electronics and defense systems. As part of its mission to “develop and deploy advanced technology in the pursuit of security, progress and value, today and tomorrow,” Leonardo has invested in a new important project together with MAE (Fiorenzuola, Italy).

MAE specializes in the engineering and construction of production lines for polymer fibers.

MAE was chosen by Leonardo to build a €17-million pilot carbon fiber plant in Piacenza, as part of a larger research project to innovate composites technologies (see “Leonardo and CETMA disrupting composites for lower cost and environmental impact”).

The new factory is co-financed by the national business development agency Invitalia (Rome, Italy), which supports innovative programs to boost Italy’s production structure. Carbon fiber is a material that is increasingly strategic in terms of production in the aerospace sector and in other fields such as automotive, energy and construction.

“The future is carbon fiber,” says Paola Rovellini, MAE’s chief financial officer, who played a leading role in the agreement with Leonardo for the new pilot plant.
“The boom in carbon fiber demonstrates how it is already a strategic product in many industrial sectors internationally. And it will be an increasingly important material to face the ecological transition all over the world, reducing emissions, energy consumption, production costs and improving product quality. Carbon fiber guarantees better results than much heavier materials such as steel.”
She cites aerospace, “Let’s just think of the fuel savings obtained with much lighter aircraft. And this is true not only from an economic point of view, but also from an environmental point of view.”

“In the field of aeronautics, the history of composite materials began in the 1980s and Leonardo immediately grasped what was already considered a challenge for the future,” recalls Giancarlo Schisano, managing director of Leonardo’s aerostructures division.
“In recent years, the use of these composite materials has grown and not only in the aeronautical sector. The collaboration with MAE is another step forward for Leonardo in a strategic and competitive sector.”